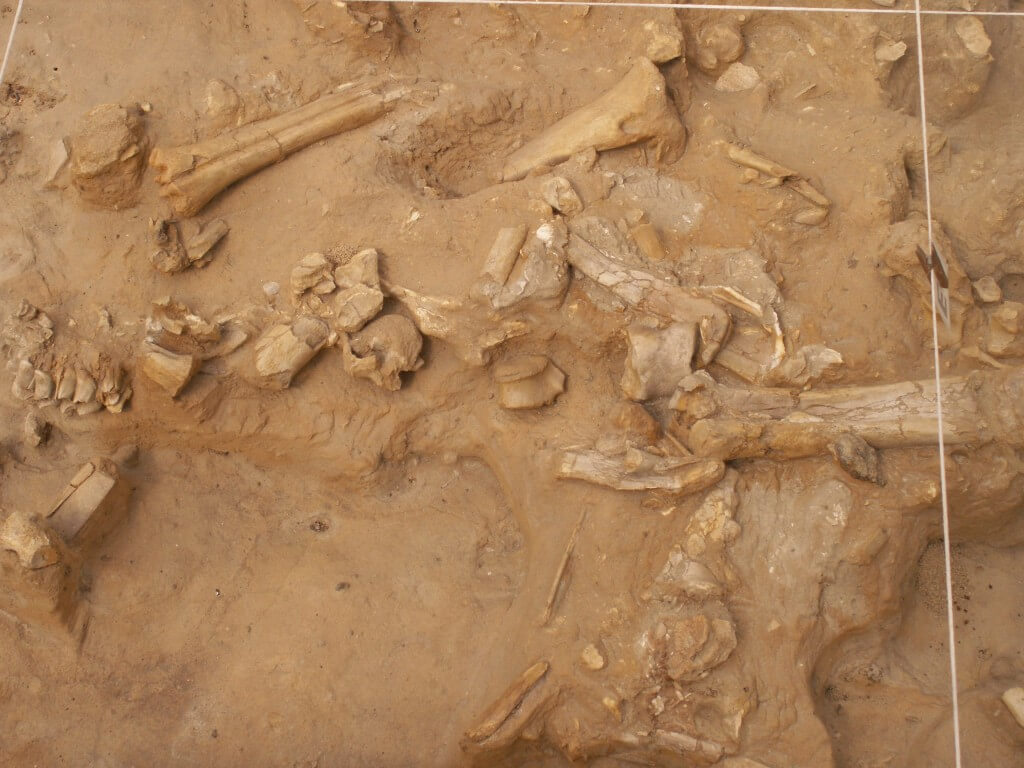 Visit the West Coast Fossil Park close to Langebaan, Western Cape, South Africa. See the fossils of bears, sabre-tooth cats, short-necked giraffes and the many other exotic animals which inhabited the west coast area some 5 million years ago.

The fossil site of Langebaanweg is located in the West Coast Fossil Park. It is approximately 150 km north of Cape Town (a 1 1/2 hour drive), and is world-renowned for its exceptionally well-preserved fossil faunal remains that date to the terminal Miocene/early Pliocene (circa 5.2 million years ago).

A national and international team of researchers are currently unraveling the fascinating and unique history of fossils from the West Coast Fossil Park and attempting to recreate the environment and climate of the west coast some 5 million years ago. At this time many animals that are now extinct, such as saber-toothed cats, short-necked giraffes, hunting hyenas and African bears roamed the west coast which then had a more subtropical climate with lush, riverine forests and open grasslands.

The deeply buried fossil deposits were uncovered during phosphate mining in the Langebaanweg area. The mining started in 1943, initially at Baard’s Quarry on Langeberg Farm, close to where the airforce training base is today. Here, solid phosphate rock was mined for fertilizer. It is thought that many tons of fossils were crushed up along with the rock before scientists were made aware of their existence.

The phosphates come from the Varswater Formation. In the early 1960’s, the mining moved from Baard’s Quarry to the nearby Varswater “C” and “E” Quarries. Mining ceased altogether in 1993 when Samancor made a decision to close down their Chemfos operations at Langebaanweg, as it was no longer economically viable.

Need accommodation during your visit to West Coast Fossil Park?